Please use the contact information below to get in touch with our doctors or to find directions to Concord Hospital. Kristofer Roberts received a Bachelor of Science degree in Microbiology, Immunology, and Molecular Genetics, and a Bachelor of Arts degree in Scandinavian Languages from the University of California, Los Angeles. He graduated with honors in 2002 and subsequently conducted neuroscience research at the Semel Institute for Neuroscience and Human Behavior at UCLA, where he studied the reward system and Parkinson’s disease. Dr. Roberts matriculated to the David Geffen School of Medicine at UCLA and graduated in 2015. While in medical school, he served in leadership with Operation Mend, an organization focused on the healing and rehabilitation of wounded Veterans.

Dr. Roberts completed his residency training in radiation oncology at the Mayo Clinic in Rochester, Minnesota, where he served as chief resident from 2019-2020. While at Mayo Clinic, Dr. Roberts developed expertise in the most current radiotherapy techniques, including Intensity Modulated Radiation Therapy (IMRT), Stereotactic Body Radiation Therapy (SBRT/SABR), Stereotactic Radiosurgery (SRS), Low and High-dose-rate Brachytherapy, and Intensity Modulated Proton Therapy (IMPT). Upon completion of his residency training, Dr. Roberts received the Christina M. Frechette Award in recognition of his dedication to improving the lives of cancer survivors through clinical care and research.

Dr. Roberts has numerous publications in both neuroscience and radiation oncology, investigating topics such as prostate cancer, breast cancer, and biologic modeling in intensity modulated proton therapy.  As a member of the Symptom Intervention Committee in the Alliance for Clinical Trials in Oncology, he remains actively involved in national prospective multi-institutional clinical trials focused on improving patient care through technology and innovation.

“I find the most rewarding part of being a radiation oncologist is the opportunity to advocate for my patients, ensuring that the treatment they receive reflects leading research and cutting-edge therapies. My goal is to pursue a longer, higher quality, and more fulfilling life for each patient. I feel privileged to be a part of the community I serve.” Bryan Rowe studied biology at Wesleyan University, where he received his Bachelor of Arts with honors in 2000. He graduated from the University of Connecticut School of Medicine in 2007 and was granted the Excellence in Medical Studies award.
After completing his internship at Saint Vincent’s Medical Center in 2008, Dr. Rowe trained in radiation oncology at Yale New Haven Hospital, where he served as chief resident from 2011 to 2012. During residency, he gained extensive experience in the most current radiation therapy techniques, including intensity modulated radiotherapy (IMRT), image-guided radiotherapy (IGRT), stereotactic radiotherapy, and brachytherapy. Dr. Rowe also participated in a variety of research projects and published multiple articles on breast cancer and the use of stereotactic radiotherapy for lung cancer. He spent a month at the Mayo Clinic focusing on head and neck cancer and also received specialized training in prostate seed implantation at the Seattle Prostate Institute and Mount Sinai Hospital in New York City. Dr. Rowe joined Radiation Oncology Associates in 2012.

“I feel it is a great privilege to help patients and their families face the challenges of a cancer diagnosis. As part of a multidisciplinary team, I strive to provide the highest quality, individualized cancer care for patients in a comfortable, community setting.” Dr. Sheldon received his Bachelor of Science degree in biochemistry from the University of Wisconsin at Madison in 1976 where he was a member of the Phi Beta Kappa honors society. While in college, he worked with a research team studying interferon. He graduated from Tufts University School of Medicine in 1980. During medical school, he participated in research in radiobiology at the Harvard School of Public Health.

Dr. Sheldon completed an internship in medicine and surgery at Newton-Wellesley Hospital in Massachusetts, where he received the Margaret Derby Scholarship award in 1981. He completed a residency in radiation oncology at the Joint Center for Radiation Therapy at Harvard Medical School in 1983. He received a National Research Service Award.

After his training, Dr. Sheldon joined the staff of the Dana Farber Cancer Institute and the New England Deaconess Hospital as an instructor in radiation therapy at Harvard Medical School, where he remained for two years. He did research and wrote extensively on locally advanced breast cancer. He also participated in pioneering work combining chemotherapy, radiation therapy and surgery in lung cancer.

Since coming to New Hampshire in 1986, Dr. Sheldon has worked extensively with the American Cancer Society, serving as the N.H. President and on the National Board of Directors. He received the St. Georges Medal, the highest honor given to volunteers. Over the years, Dr. Sheldon has worked hard to maintain his Harvard affiliation to bring academic quality care to the Merrimack Valley and Seacoast. In recent years, he and Dr. Becht established a prostate seed program, performing more than 1,000 procedures at Elliot Hospital, and more recently at Concord Hospital. With others, he developed a new radiation oncology program at Concord Hospital in partnership with the Elliot Hospital. He serves as the medical director of the Concord center. 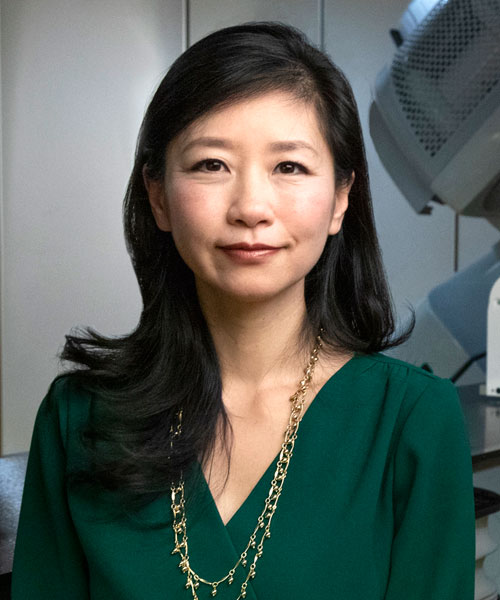 Su Metcalfe received her Bachelor of Arts in Asian Studies from Pomona College in 1996. Following this, she received a Masters of Science in Biology with a focus in Immunology from NYU in 1999 and completed a research fellowship at the National Institutes of Health. She earned a Masters of Public Health degree from Columbia University in 2001. In 2005, she graduated from the University of Vermont College of Medicine.

After her internship in internal medicine at Beth Israel Deaconess Medical Center in Boston, Massachusetts, Dr. Metcalfe completed her radiation oncology training at the University of Rochester Medical Center in 2010. During her residency, she received training in stereotactic radiosurgery, image-guided radiotherapy, and intensity modulated radiation therapy. She participated in clinical research utilizing these techniques, specifically in the treatment of metastatic disease. She also performed laboratory research investigating the role of radiation in inducing tumor-specific immunologic response. Dr. Metcalfe has earned awards for research and excellence in patient care. She joined Radiation Oncology Associates in 2010.